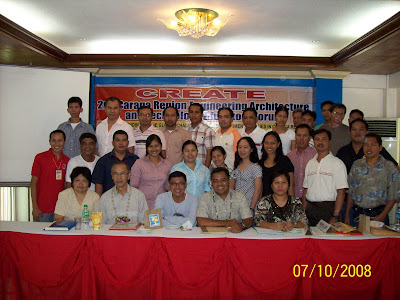 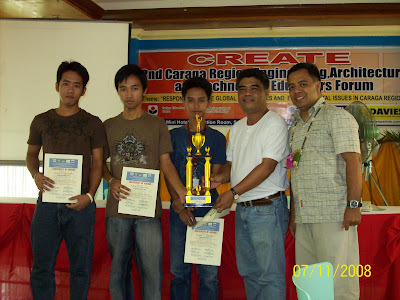 The participants visited the cement plant of Pacific Cement Company and the Sanitary Landfill Project of the city. The 2nd CREATE Forum was made possible through the combined efforts of the deans and faculty of the host institutions: SEC, SPUS, SSCT and STI-Surigao. The 3rd CREATE Forum next year will be held in Butuan City and is expected to have more faculty members and students participating in.
Posted by CREATEd at 8:25 PM No comments: 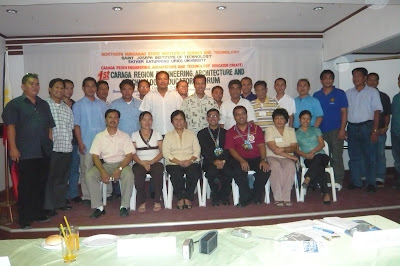 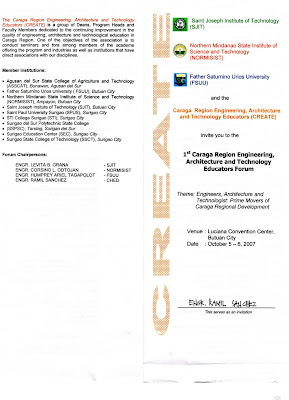 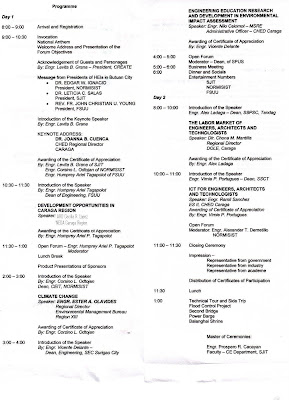 More pictures at http://picasaweb.google.com/CaragaEAT
Posted by CREATEd at 7:59 PM No comments: 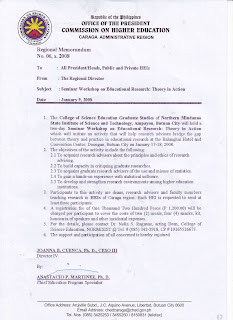 Posted by rsanchez at 6:11 PM No comments: 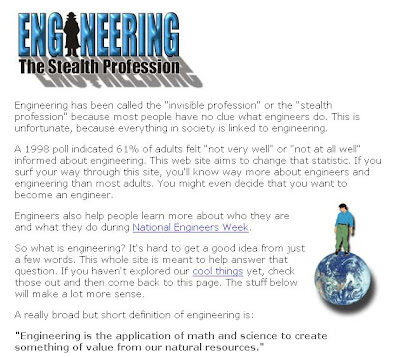 Posted by CREATEd at 5:23 PM No comments: